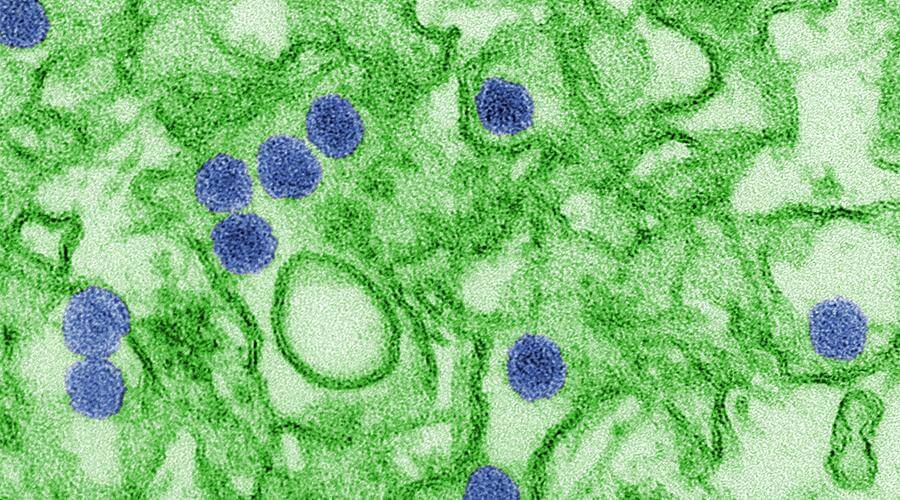 While the worst of the Zika outbreak is hopefully behind us, its rapid spread is an important reminder of the dangers of emerging infectious diseases, and the importance of developing broad-spectrum antiviral agents to combat them. One strategy that’s already in use is to activate the host’s innate immune response via systemic administration of interferons that target the type I interferon system. However, this treatment can come with severe side effects, is very expensive, and, given the short half-life of interferons in the body, requires repeated dosing, limiting the scope of this approach.

In a paper from early 2017, Pryke, et al,1 expand on earlier promising studies that rely on small molecule compounds to activate the interferon pathway instead of interferons themselves. They developed a high-throughput screen to find activating compounds, and show that one compound identified by their assay could prevent Zika virus, Chikungunya virus, and Dengue virus from replicating in human cells, setting the stage for the development of potentially broad-spectrum antiviral agents.

“…the current study represents the first application of this approach to ZIKV [Zika virus]. Moreover, while molecules described thus far as efficacious are agonists of the IPS-1/MAVS or STING pathways, our study describes a novel synthetic compound that induces TRIF-dependent responses…TRIF-dependent activation of the IFN response could be a more potent antiviral strategy, since this pathway may be less vulnerable or even invulnerable to disruption by these viruses.”1

The Challenges: Finding safe and effective broad-spectrum antivirals to combat emerging infectious diseases. While direct application of interferon can be effective, it is costly and comes with potentially fatal side effects.

The Current State: Previous work has shown that using small molecule compounds to activate the interferon pathway could be an effective antiviral strategy. The advantages of small molecules could include less-expensive production and better “druggability,” i.e. longer in vivo half-life, fewer side effects, higher specificity.

The Advances: In their paper, “A Novel Agonist of the TRIF Pathway Induces a Cellular State Refractory to Replication of Zika, Chikungunya, and Dengue Viruses,” Pryke, et al,1 build a cell line that can quantitatively report on activation of the interferon pathway. Using this cell line, they identify and characterize a promising small molecule that targets a cellular pathway not previously known to elicit an antiviral cellular state. Figure 1 from Pryke, et al,1 shows how a cell line built using a pGreenFire lentivector (the IRF3/IFN-responsive pGreenFire1-ISRE Lentivector) is used to identify a novel potential antiviral compound. “Activation of type I interferon-associated transcription after exposure to AV-C. (A) Chemical structure of 1-(2-fluorophenyl)-2-(5-isopropyl-1,3,4-thiadiazol-2-yl)-1,2-dihydrochromeno[2,3-c]pyrrole-3,9-dione (AV-C). (B) Reporter assay results, showing induction of ISRE-dependent LUC expression in THF-ISRE cells at 8 h posttreatment at the indicated concentrations. Values displayed are average fold changes ± standard deviations, based on three replicates in comparison to results in DMSO-treated cells. Unpaired-sample Student’s t test comparisons were made between AV-C- and DMSO-treated cells. **, P ≤ 0.01; ***, P ≤ 0.001.”1

SBI Product Used: Pryke, et al,1 used the pGreenFire1-ISRE Lentivector to build a cell line that could be used to screen small molecule compounds for activation of the interferon pathway.